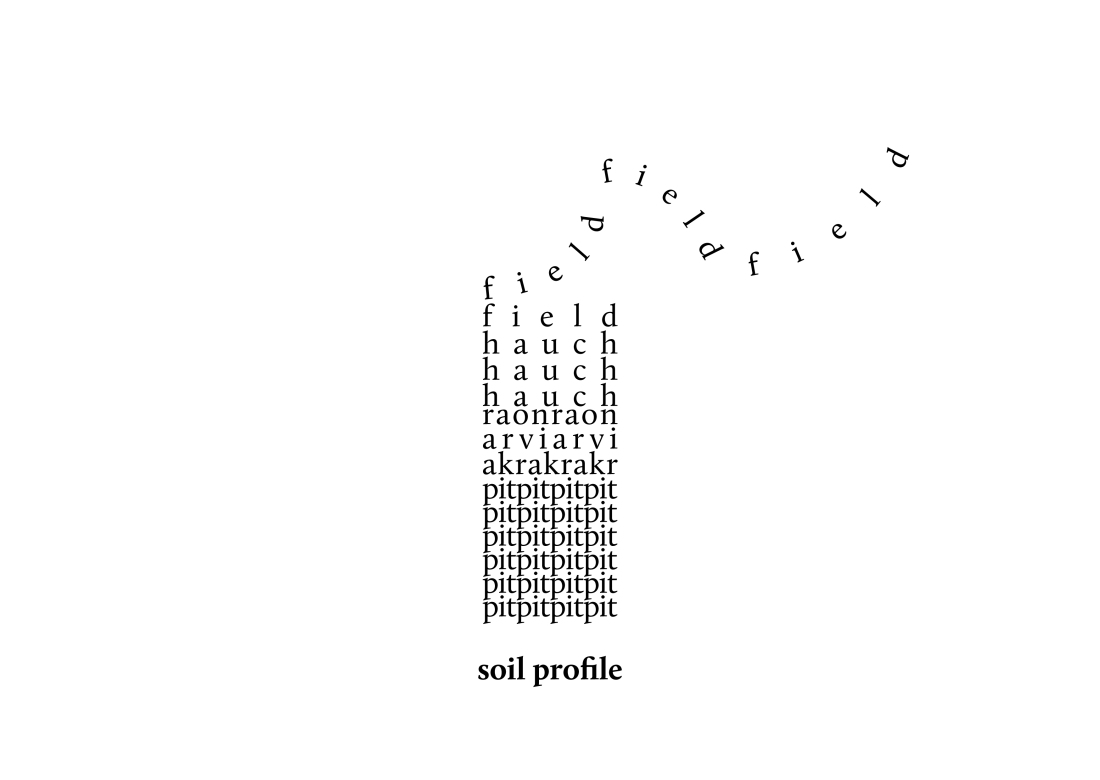 Farmform is a visual poetry series created for Nil By Mouth, a project which embedded artists on Scottish farms to explore food, agriculture, science and sustainability.

Each of the poems in Farmform takes its inspiration from environmental issues in contemporary farming — sometimes abstractly, sometimes directly. But the poems can be about all sorts of things. Click the i in the top right corner of each poem for more information.

Farmform is a website and a limited print edition of 200 boxes of poemcards. The website is free to all, and the poems are published under Creative Commons; boxes will only be available at special events and poetry libraries.

Farmform was launched at the Scottish Parliament on Tuesday 25th November 2014. It was typset in Calluna by exjlibris with assistance from James Harding, the website was built in Squarespace, and the print edition was printed by Footprint Workers Co-operative. Harry researched the project at Pitgaveney Farm in Moray, and would like to extend heartfelt thanks to Martin Birse and the whole staff there for their support and conversation. Thanks are also due to the scientists from the Hutton and Rowett institutes, and to policy-makers from the Food, Land and People Strategic Research Programme for their enthusiastic insight at workshops and meals; to Chris Fremantle of Wide Open and Mike Bonaventura of the Crichton Carbon Centre for project leadsership; and to the other Nil By Mouth artists for many fascinating discussions: Hans Clausen, Robbie Coleman and Jo Hodges, and Zack Denfeld and Cat Kramer of the Center for Genomic Gastronomy.

Nil By Mouth was generously supported by Creative Scotland and the Crichton Carbon Centre.