What We Owe is a totally unqualified debt counselling service. Running usually as a one-on-one performance, but with variations for pairs ans groups, it leads each participant through a discussion of what they owe – not just financially, but also emotionally, socially, ecologically, and so on. Together we create an absurd (but often effective) Personal Debt Audit, covering everything from the meals they ought to cook their parents to the trees they need to plant, along with a personalised Debt Action Plan. It’s been in development in various forms since August 2010; the first full run of the finished-ish piece was at Arches LIVE in September 2012. You can watch a video of the piece in action here, along with a semi-satirical Strategic Impact Report; this blog is by way of a less formal and more reflective follow-up to that first report, looking at a second run in March 2013.

What We Owe was part of Rogues’ Galleries, from Chester Performs — a 11-day festival in which a series of empty shops were taken over by installations, performances and workshops, all looking at art and commerce and the relationship between the two. What We Owe ran as a drop-in session for one week, seven hours a day, inside one of the main shops; sitting outside my wee counselling cupboard, I asked surprised customers if they needed help with their debts and took it from there. You can read engaged reviews of the project here and here; I hope Confused Guff finds some of the “view of how other people dealt with their debt” here. (For me, the performance always needs to extend beyond the physical time spent with participants; follow-up emails is one common technique I use, and blogs like this another.)

The Rogues performance context gave the piece new material and new dimensions. Working in a city centre event and as a drop-in gave me more diverse participants – across age and class, mostly – than as part of a theatre festival, and beginning with a casual conversation also allowed me to have far more diverse interactions. Not every performance ended up taking the form of the full twenty minute counselling session as I tried to adjust my conversation to the particiant’s needs and interests; interactions ranged from a 2 minute exchange to a 40 minute debate on philosophical first principles, though the 20 minute performance was still at the core of the work. The result was that the piece both expanded and settled down as a performance: there is an established unqualified debt counsellor I can become, who has his own life, interests and concerns. The project now feels less like a performance and more like an ongoing investigation of debt through a genuine and reliable service to the public. 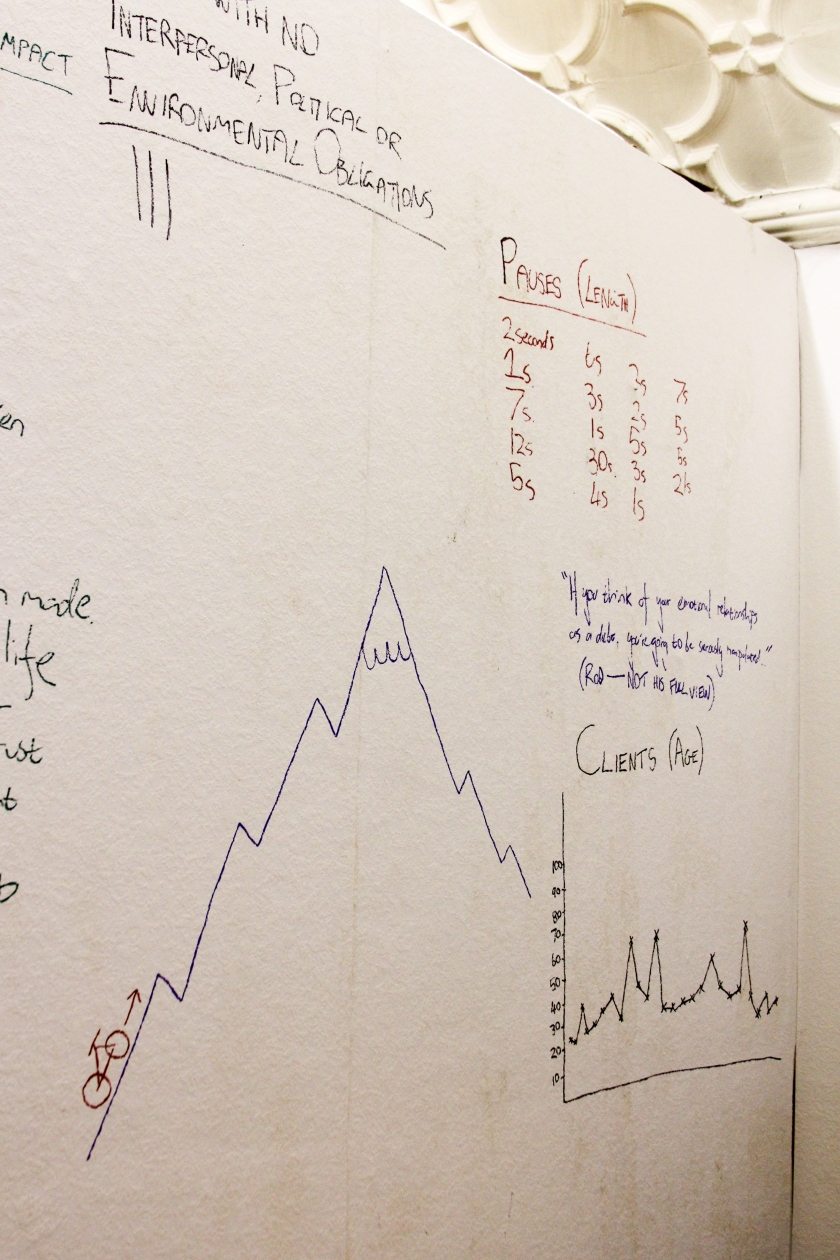 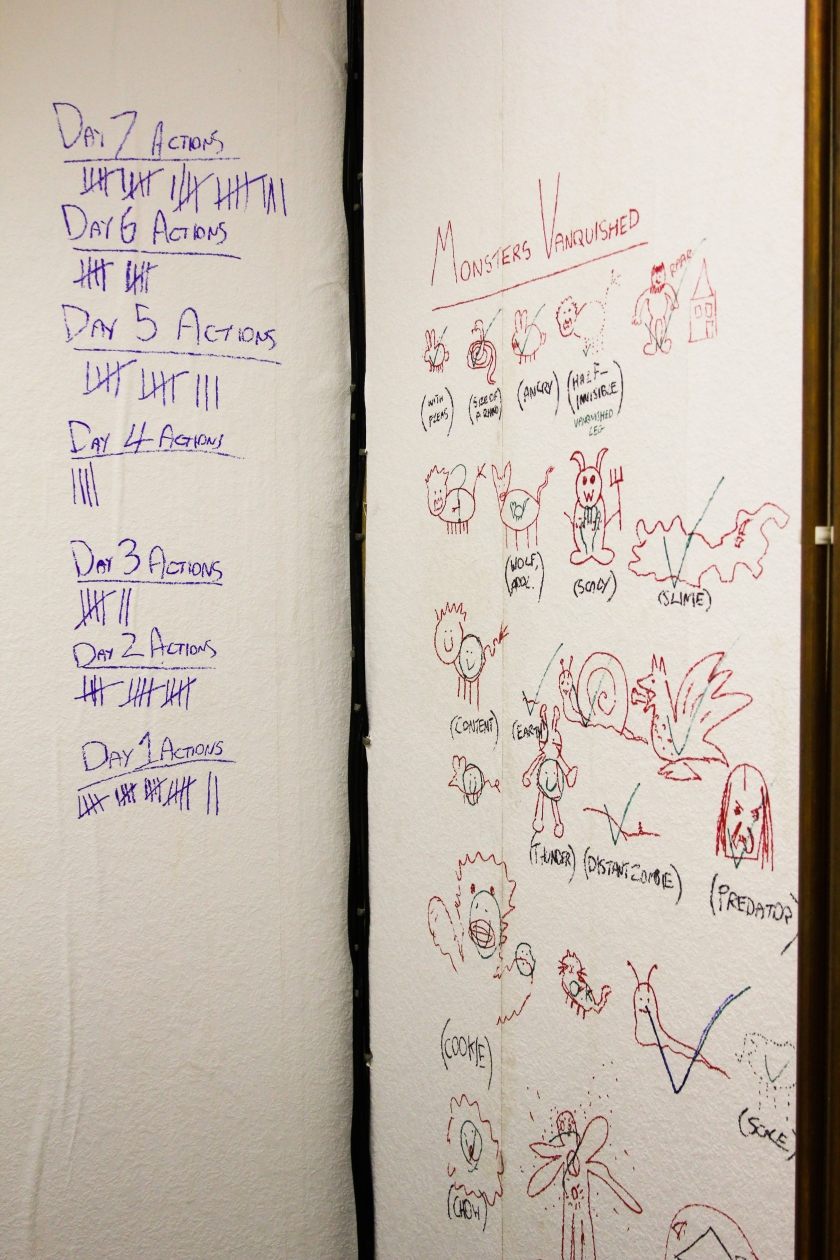 Chester is a shopping city with a market cross-type city centre, and Rogues’ Galleries was spread across those streets. The festival was thus wisely curated to be an exploration of commerce, the nature of transaction, consumption, and the inadequacies and failures of service provision. So Anoushka Athique exchanged repair work for a story; Two Destination Language offered their lives for sale but made it tricky; Rowan Lear made a performance of her failures as a scrivener; Secret Door Theatre satirised fashion and offered a gleeful riposte.

There’s something anti-capitalist about this, or at least critical of capitalism in the way that art must be (because art is always a playful critique of the structures it finds itself in). And yet the project was still partly allied to a rhetoric of regeneration – it was supported by local and national authorities, and the empty shops gladly given by landlords as a way to generate interest. Rogues’ Galleries thus raised the question of whether art can provide some kind of alter-regeration as a response to city centre decline, not necessarily trying to rebuild business-as-usual, but rather questioning and questing for alternative ways of being in a city centre. Chester is a shopping city; Rogue’s Galleries celebrated that, but in reacting to the centre’s decline also highlighted its own undoing.

All photos by Charlotte Horn for Chester Performs, Rogues’ Galleries 2013; all rights reserved. 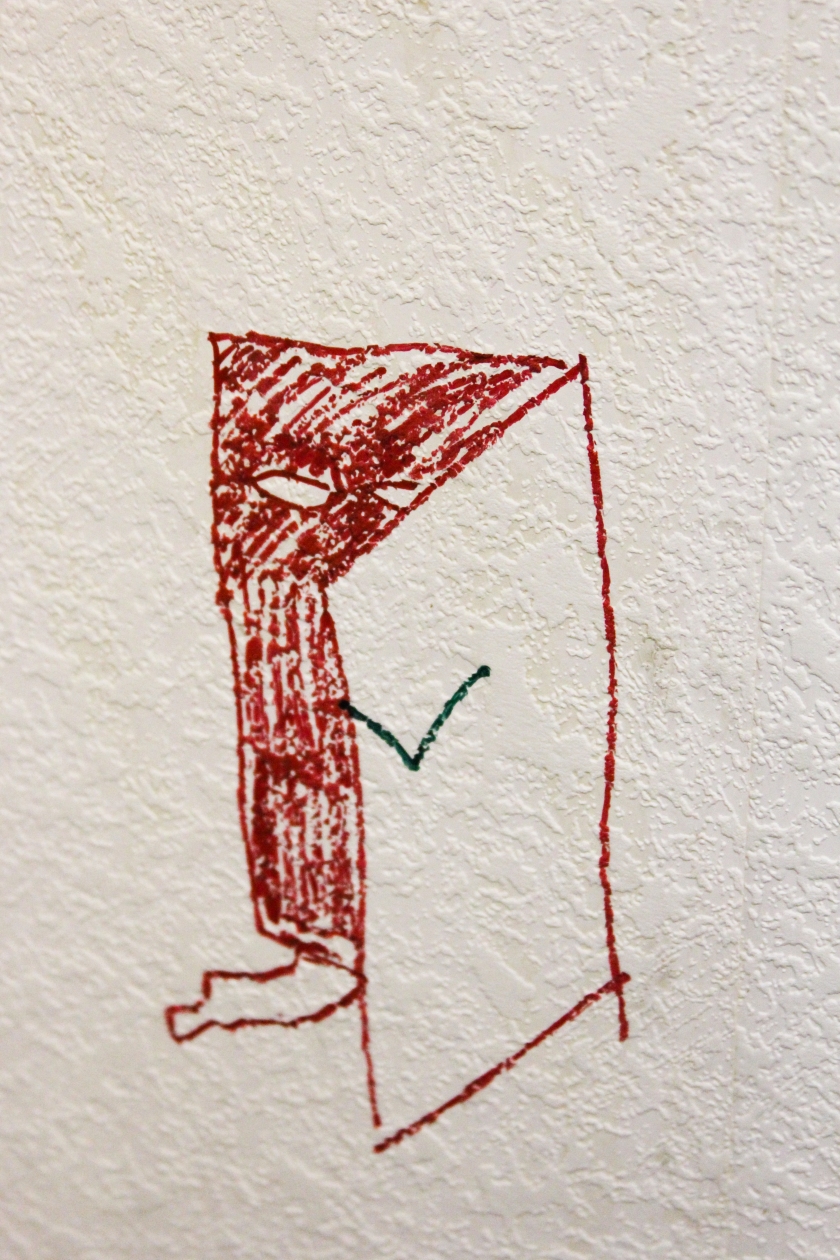