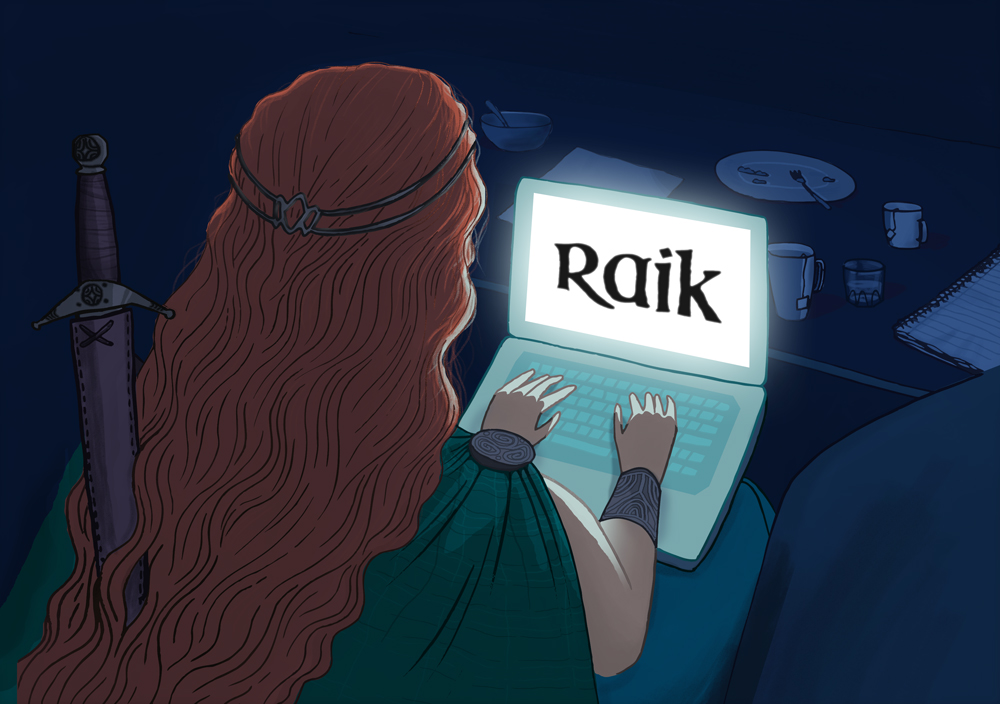 A game in Scots (and English) about anxiety (and fantasy).

Raik is a twine game, built in a platform for hypertext story-games. It’s written in Scots, one of the languages of Scotland, with a full integrated translation into English. An earlier version was entered into the 2014 Interactive Fiction competition: this is a full expanded edition, twice the size, with additional features and more bad jokes about celtic fantasy and Scottish independence.

Name your price to buy the game at itch.io.